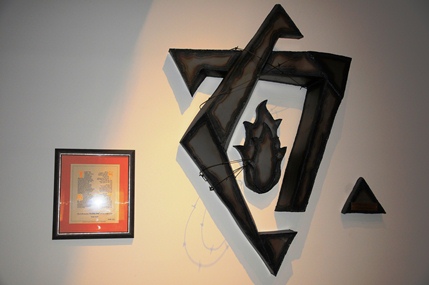 A moving Erev Yom HaShoah Service is held at Temple Isaiah to commemorate the six million Jews who were victims of the Holocaust. This service will be on Wednesday, April 27th,  beginning at 7 pm.

The full name of the day commemorating the victims of the Holocaust is “Yom Hashoah Ve-Hagevurah“–literally the “Day of (Remembrance of) the Holocaust and the Heroism.” It is marked on the 27th day in the month of Nisan–a week after the seventh day of Passover, and a week before Yom Hazikaron (Memorial Day for Israel’s fallen soldiers).  The date was selected by the Knesset (Israeli Parliament) on April 12, 1951. Since the early 1960s, the sound of a siren on Yom HaShoah stops traffic and pedestrians throughout the State of Israel for two minutes of silent devotion. The siren blows at sundown and once again at 11:00am on this date. All radio and television programs during this day are connected in one way or another with the Jewish destiny in World War II, including personal interviews with survivors. Even the musical programs are adapted to the atmosphere of Yom HaShoah. There is no public entertainment on Yom HaShoah, as theaters, cinemas, pubs, and other public venues are closed throughout Israel. 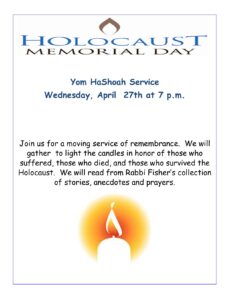